The choir was founded forty years ago as a mixed group whose aim was to raise money for charity and it goes from strength to strength.  Over the years they became a ladies choir and are now again a mixed choir.  They now take the name of their musical director who is well known as a tutor to many professional singers, including those with Opera North and English National Opera.

Margaret Duckworth is a professional soloist of international reputation in her own right, having sung with the Berlin Philharmonic and having won the Kathleen Ferrier award at the S’Hertogenbosch International Competition in Holland.

Come to hear the Margaret Duckworth Singers in the splendid surroundings of the Neo-Gothic Church in Wentworth. All tickets include light refreshments.Please see the attached booking form for further details. The Thurnscoe Harmonic Male Voice Choir is well known to Wentworth. It was formed in 1924 and is now recognised as one of the premier male voice choirs in the country. Over the last few years their reputation has gone from strength to strength, winning over 100 awards in major competitions.

The Barnburgh Village Singers are a four part ladies choir, founded in the summer of 2002 by its conductor, Julia Bullars. The choir now has 36 members and sings a wide range of repertoire to a consistently high standard. Come to hear the choirs make music with a Spring flavour in the splendid surroundings of the Neo-Gothic Church in Wentworth. Refreshments will be served during the interval.

We will have over 500 local talented artists’ original works for sale in church as well as Live Music and Entertainment  with refreshments being served in the school.

This year, there will no events in the Village Hall. (formerly The Mechanics Institute) On April 15, as the world marks Yom HaShoah -Holocaust Remembrance Day, we will be hosting a great global gathering of Believers for “I Will Not Forget.” The sad reality is that most Jewish people believe that Christians hate them. Millions went to their deaths during the Holocaust at the hands of people who claimed to be doing God's work by killing them.

We are going to stand together to say to the world that we support and defend Israel and the Jewish people. We are going to remember the darkness, but we are also going to pledge to be the light! We are going to show God's love to His Chosen People in a way that they have never seen and heard it before...and it is going to make a huge difference.

Thousands of churches all around the world have signed up to be part of “I Will Not Forget.” They will host congregations and small groups who will gather for this prophetic day. 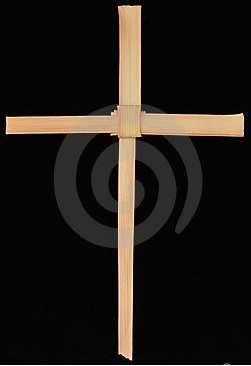 A devotion for congregation and choir. The selection of music that has moved generations of church-goers continues to inspire today, perfectly contrasted with Bible readings and highlighted by choral anthems. A truly beautiful and expressive service for Good Friday.